Owner, designer, and vision behind the Lodge on Hill. Robert passed in 2017.

Seth served as project manager during the renovation and continues to oversee operations today. 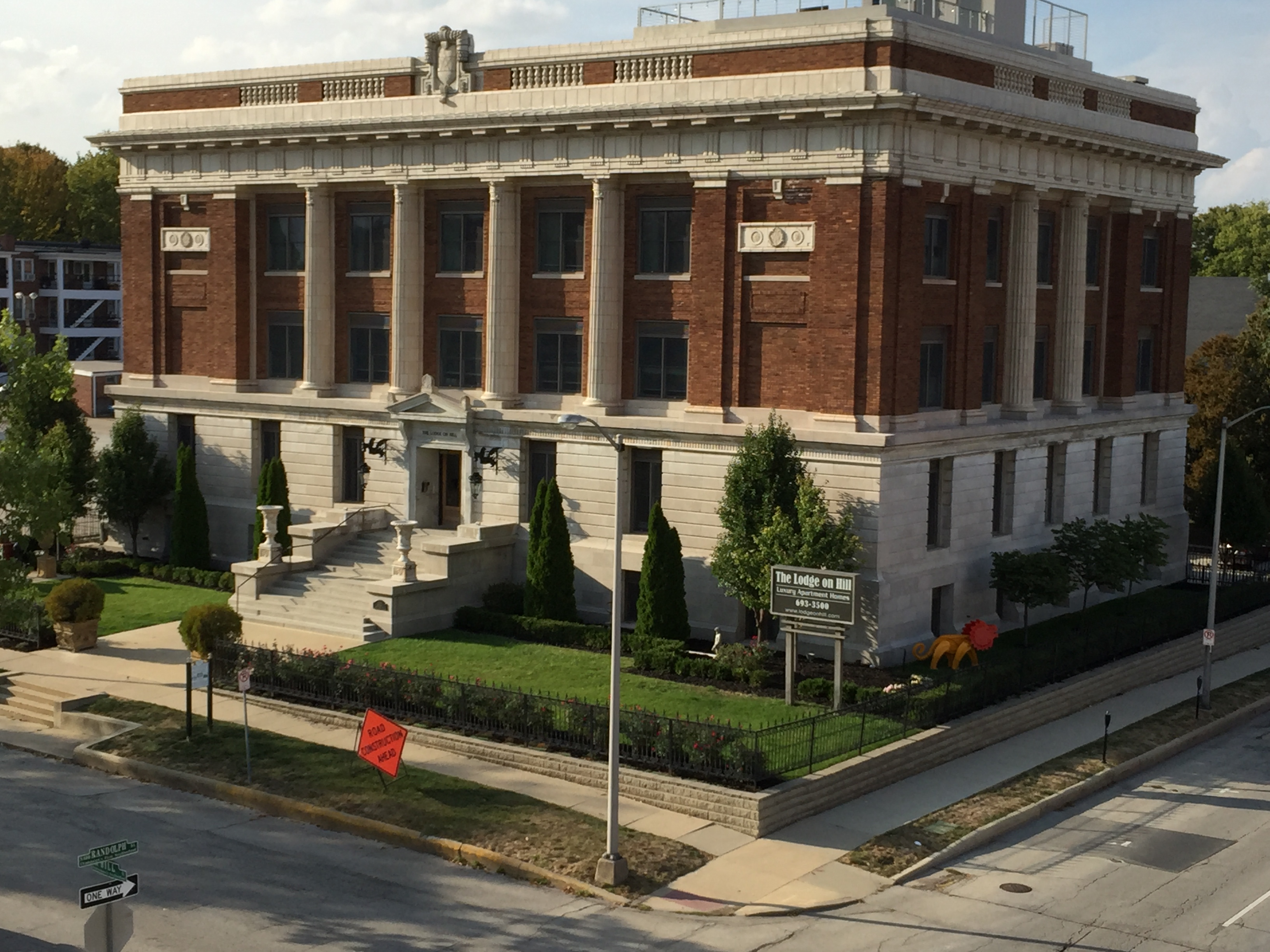 John Baddeley was one of the early pioneers in McLean and Champaign counties.   Born in 1812 in Cheshire, England, he migrated to the US with his family in 1832, ultimately settling in McLean County, where he worked in his father’s dry goods business. He moved to the Champaign/Urbana area and opened the first general store near the Illinois Central Depot.  In 1855, he was appointed the first postmaster for the area, and opened a post office and a store on Neil St.

Shortly after moving to Champaign, Baddeley built a stately brick home on two lots on the corner of Hill St. and N. Randolph St. It was at Baddeley’s brick home, where Abraham Lincoln and the other members of the 8th Judicial Circuit meet at least once each session.  On September 23, 1858, hoping to gain votes in his race for U.S. Senator, Lincoln followed Stephen Douglas into town. That evening, Lincoln stayed overnight at the Baddeley home, eating dinner with the family and enjoying their company, while preparing his speech for the next day.

Interestingly, many years before in 1838, while living in Leroy, Illinois, Baddeley had fired the young Lincoln from a legal case he was handling for the family; but 20 years later he became one of Lincoln’s strongest friends and allies. The Baddeley’s sold their Hill street home to the Kuhn family in 1866.

JOSEPH KUHN was born on the Rhine, in Germany, on April 19, 1837.   At the age of nineteen he immigrated to America, landing in Mississippi, where a sister lived. He worked for his brother-in-law from 1857 to 1862, and during the latter year, was drafted into the Confederate army, and served about thirteen months. After the War, he took a "French leave" and, after reaching a Federal outpost, he took the oath of allegiance to the Union, and shortly thereafter was sent to New Orleans.

In 1863, Mr. Joseph Kuhn went to Lafayette, Ind., where he worked for a year and a half, and in the latter part of 1864, he moved to Champaign County. In 1865, he opened a clothing store on University Avenue.  Two years later, he bought the building and his family has since carried on a retail business in gentlemen's clothing in the Champaign area.

In 1865, Mr. Kuhn married Miss Lena Loeb, of Cincinnati, who was also born in Germany on the Rhine.   Joseph Kuhn and Lena Kuhn first lived in a humble frame home near Chester and Market, but as their family grew (they had seven children), and his business prospered, the family purchased this stately home near the park from John Baddeley.

The Kuhn’s were among the town’s first Jewish merchants and many members of their family have been well recognized community leaders.  Isaac Kuhn, Joseph’s son, was instrumental in raising the money for the Hillel Foundation on the University of Illinois campus.  Isaac Kuhn sold his family home and property to the Freemasons so that they could build a Masonic Temple (Lodge) on Hill, the building you can see in the photo album at the top of this page.

The Freemasons of Champaign, a fraternal organization, founded its Western Star lodge in 1857 and meet at Whitney hall on Main street.  Over the next fifty years, the Masons met in four other temporary buildings in the Champaign area, and by the turn of the new century they were ready to build a monumental edifice.  In 1909 Isaac Kuhn and others formed a committee to select a site for a grand temple.  After considering many alternative locations, Isaac Kuhn agreed to sell his family’s home on the corner lots at 202 & 204 Hill Street to the Masons.  The Masons immediately demolished the Kuhn home and contracted with the Stoolman Construction Company, (a lodge member) in 1912 – 1913, to build an elegant new Temple.   Stoolman hired Nelson S. Spencer and Harry R. Temple to do the architectural work.  The exterior of the building was designed by Charles Blakely Spenser.  The temple revives elements from classical ( ancient Greek and  Roman ) architecture in what is commonly called the Beaux-Arts Style typical of late 19th and early 20th century buildings ----- from the rusticated stone foundation,  to the stately columns, to the giant cartouche at the roof line which bares the Masonic emblem.

In 1966, the building was sold to the Jefferson Life Insurance Company, and until recently has been called the Jefferson Building.  Businesses and legal firms, including the law office of Larry Johnson, have occupied the former Masonic Lodge.  In the fall of 2008 the building was purchased by Robert Grossman and fully renovated in 2009 - 2010 to The Lodge on Hill Luxury Apartments.